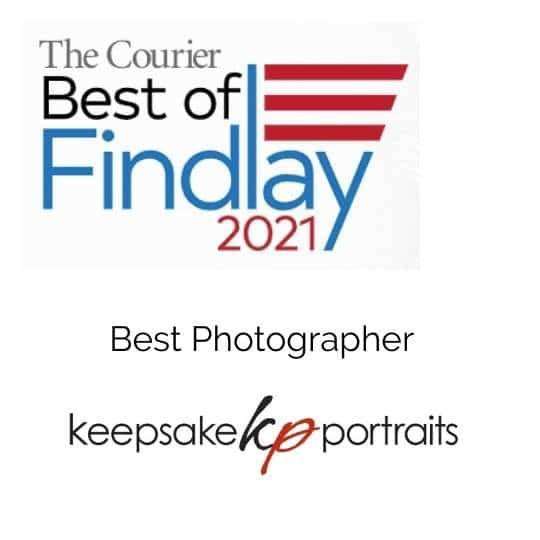 When the Courier was awarding the Best of Findlay for the Findlay Photographer of the year, we were nervous, to be honest. This award was one selected by the community as a whole. There were several selected and then a first cut was made to the top three – making that cut was a huge deal. It took some time but after a week or two, they announced the winners and Keepsake Portraits won the award.

The fact that we won the award is something to be grateful for, but it does not alter our approach or our character. We are beyond thankful for the entire community’s support in choosing us as the finest photographer. It allowed us to go back and assess where we began and where we’ve come since.

We began as Leszkowicz Photography and while we don’t do those large weekend celebrations with a bride and groom anymore, we do miss them. It was so much fun being a part of a couple’s celebration but the family took precedence.

Now our work consists mainly of high school seniors and children and family portraits.  This work has us not just here in Findlay but we end up traveling a bit, even this last year we have been to the Lake near Sandusky, Toledo, and even Charleston, SC (one of our favorite places in the world.)

But one thing we will never have enough time for is reflecting on how fast time passes.  In reality we are about stopping and freezing time for just a moment.  Our oldest went off to college this year and it has been an adjustment.  But the one thing that I did that was so important to me was to hang a large wall portrait of her in my camera room and I look at it and point to it often to explain to everyone – time moves fast.  We want to capture this moment before it is gone.

It truly has been an honor to create art now for more than 20 years.  You may bump into a new staff member around the studio, but he is not working on the photography side but a new venture to help small businesses when it comes to their marketing, you can see that work over at www.marketingcaffeine.com.

We plan sessions far into the future all of the time. Some sessions have been planned for more than a year, while others have only taken a few days to arrange everyone’s calendars. 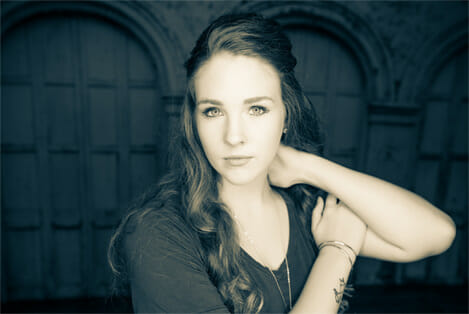 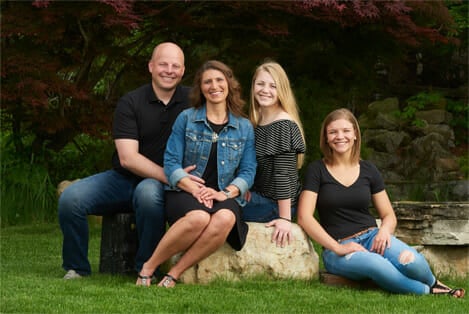 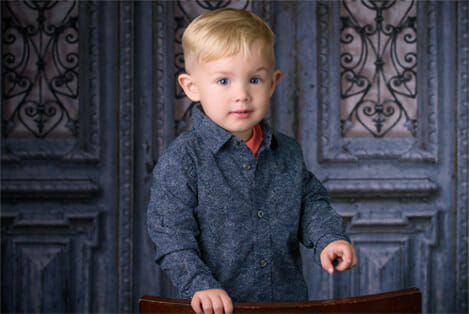 Keepsake Portraits is a photography studio in Findlay Ohio that delivers a super experience consistently.

Family owned by Eric and Jessica for the last 10 years – they have poured their lives into creating lasting memories for those in the community.